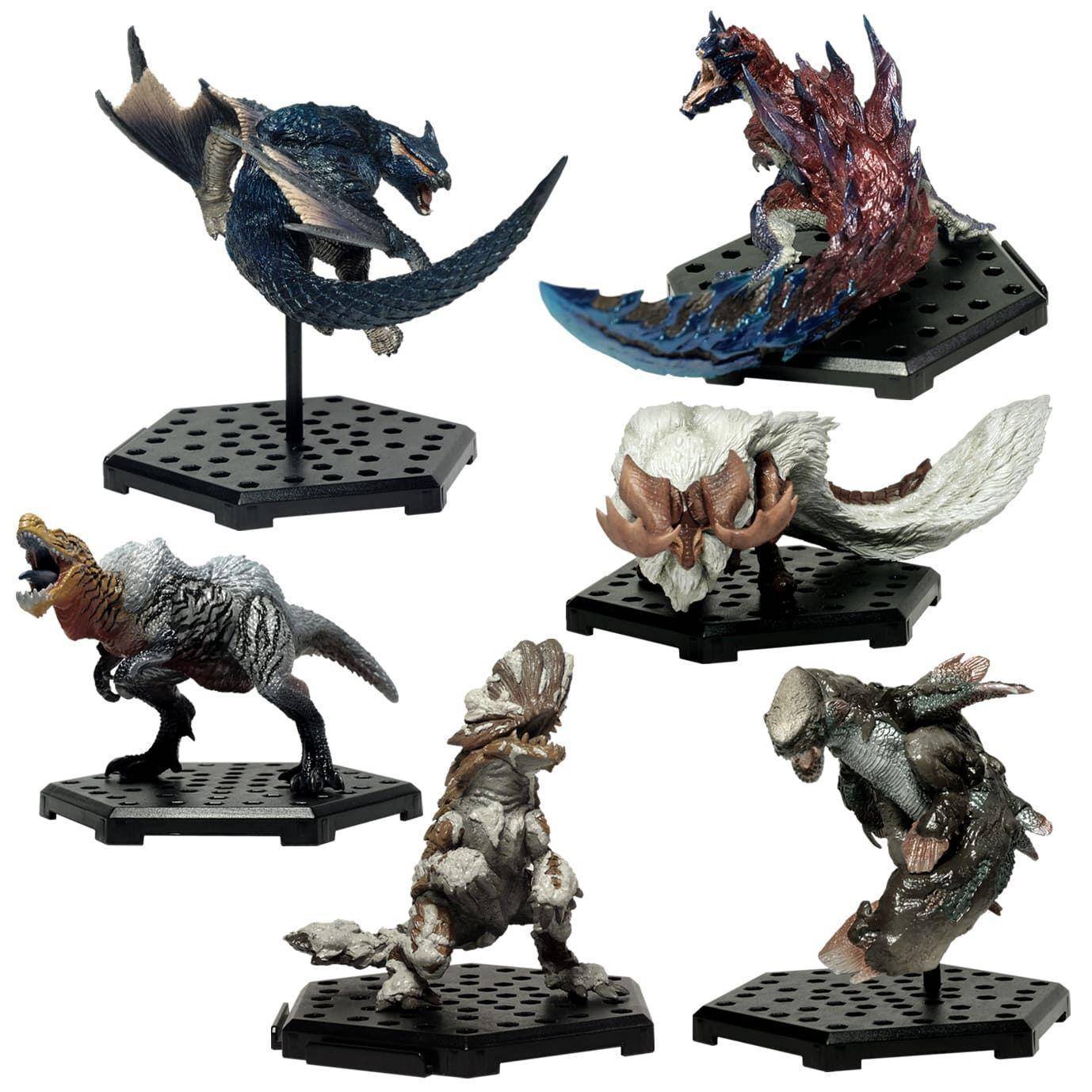 The CFB Blind-Box's Standard Model Plus contains 6 monsters. If you collect all 6 you can recreate a vicious turf war, one of the coolest features of Monster Hunter World : Iceborne and collect all the pieces to create a clear version of Glavenus!

The monsters included are ( New Monsters in Monster Hunter World )

First appearing in Monster Hunter Generations Glavenus is an incredibly unique monster. This Brute Wyvern is best known for its bladed tail which it can sharpen and enflame using its jaw. Utilizing the tail in its attacks Glavenus can cut through rocks as well as hunters. It can also create explosions with its tail. So hunters will have to be extra careful fighting him! 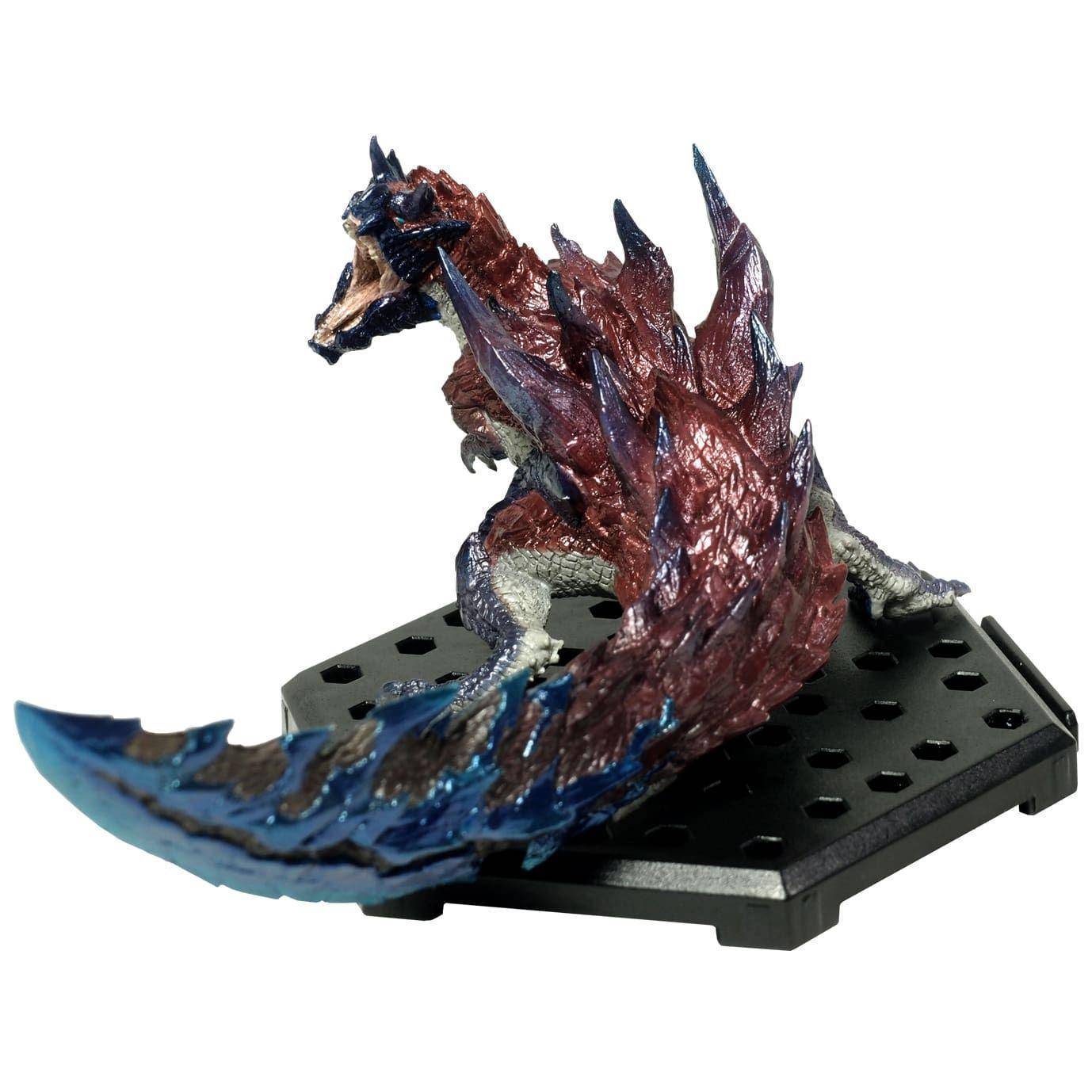 First appearing in Monster Hunter Freedom Unite, This Flying Wyvern is a careful and cautious monster that can sneak up on hunters easily. Its unique trait is that as opposed to just scales it actually has a dark-blue fur and scales. Making it blend in with the nighttime. 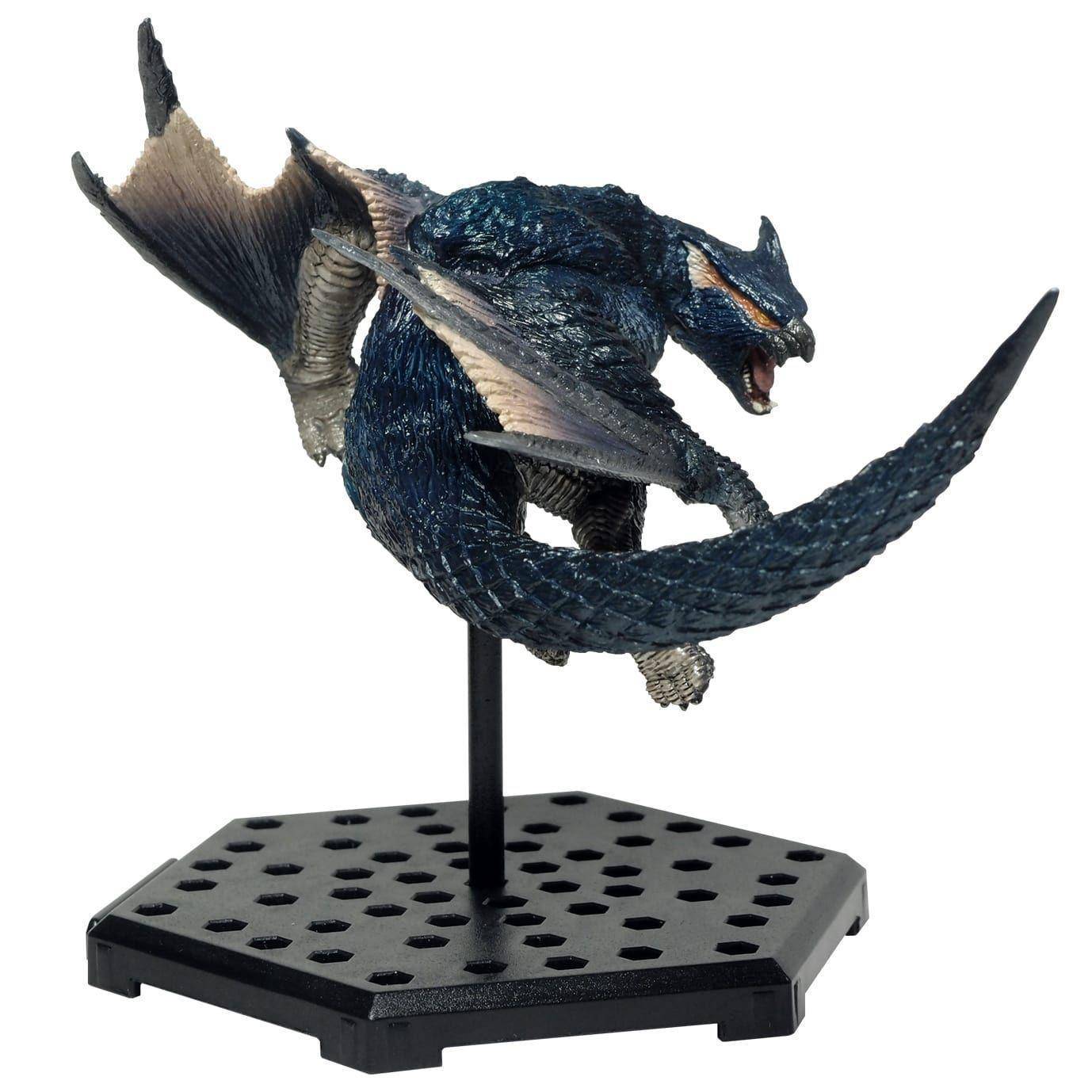 A completely new monster for Monster Hunter World : Iceborne, the Banbaro is a unique looking monster. Touting massive horns and white fur the Banbaro is a Brute Wyvern style monster that utilizes its massive horns to throw boulders of ice at hunters. A docile herbivore Banbaro is very territorial making it still a threat to hunters who attempt to pursue it. 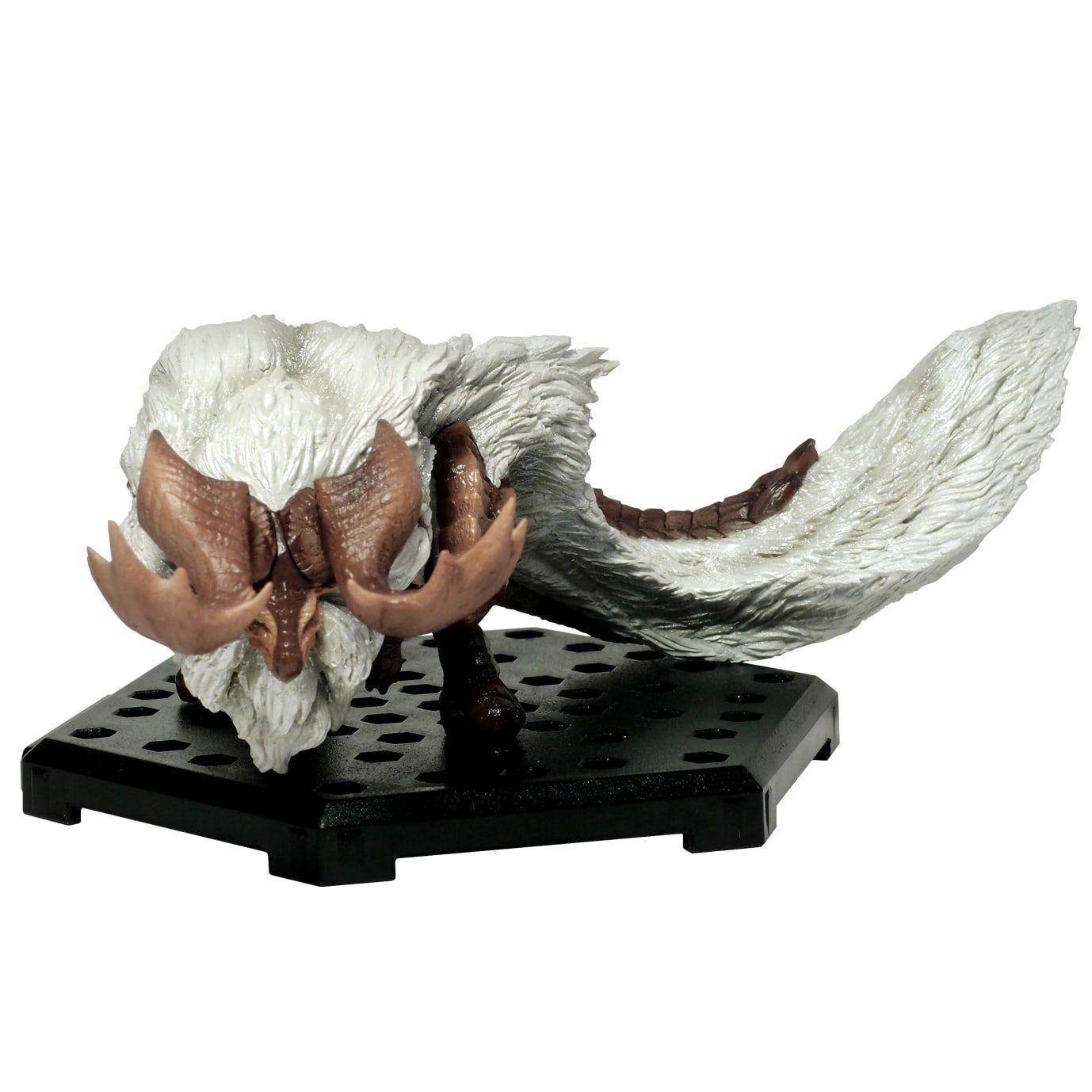 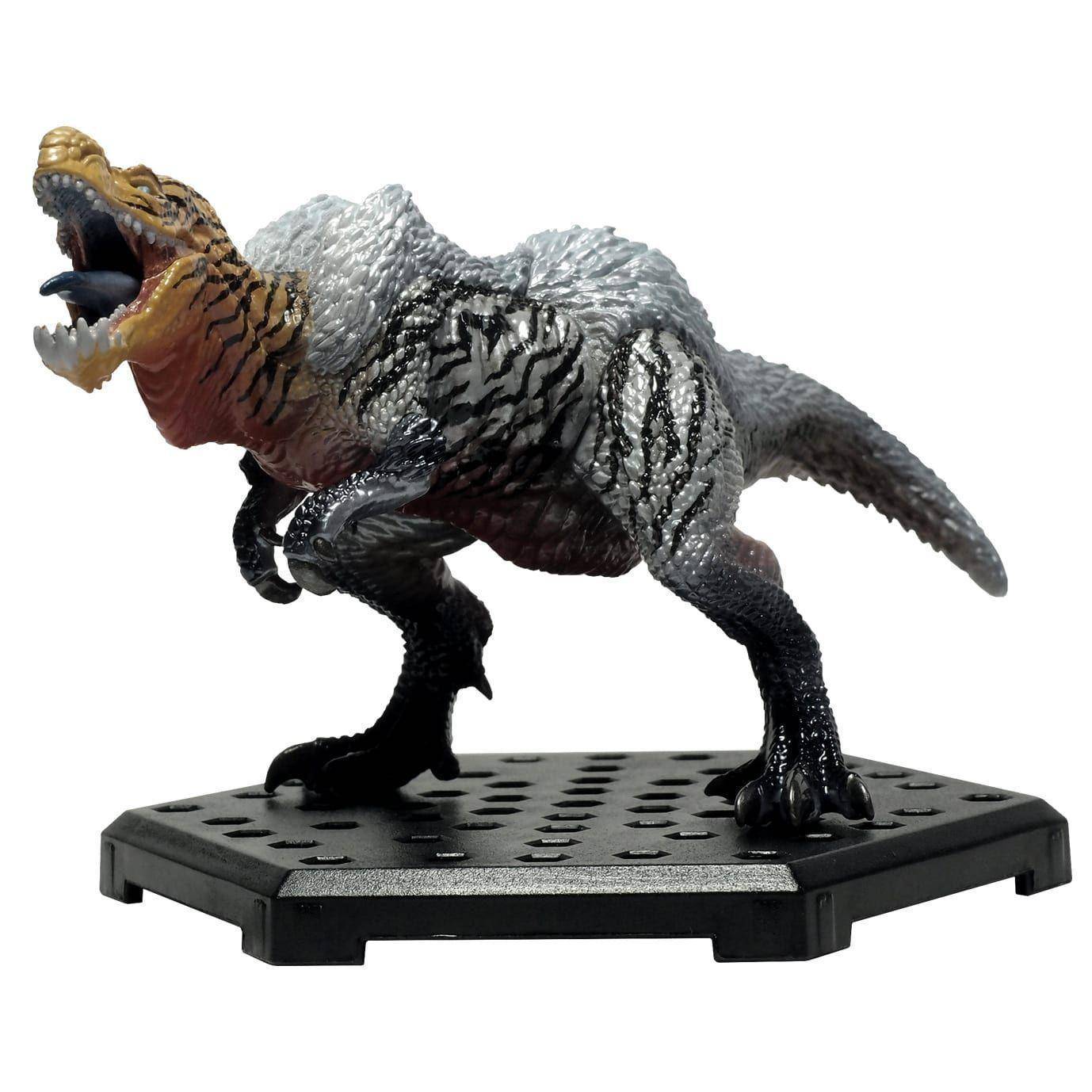 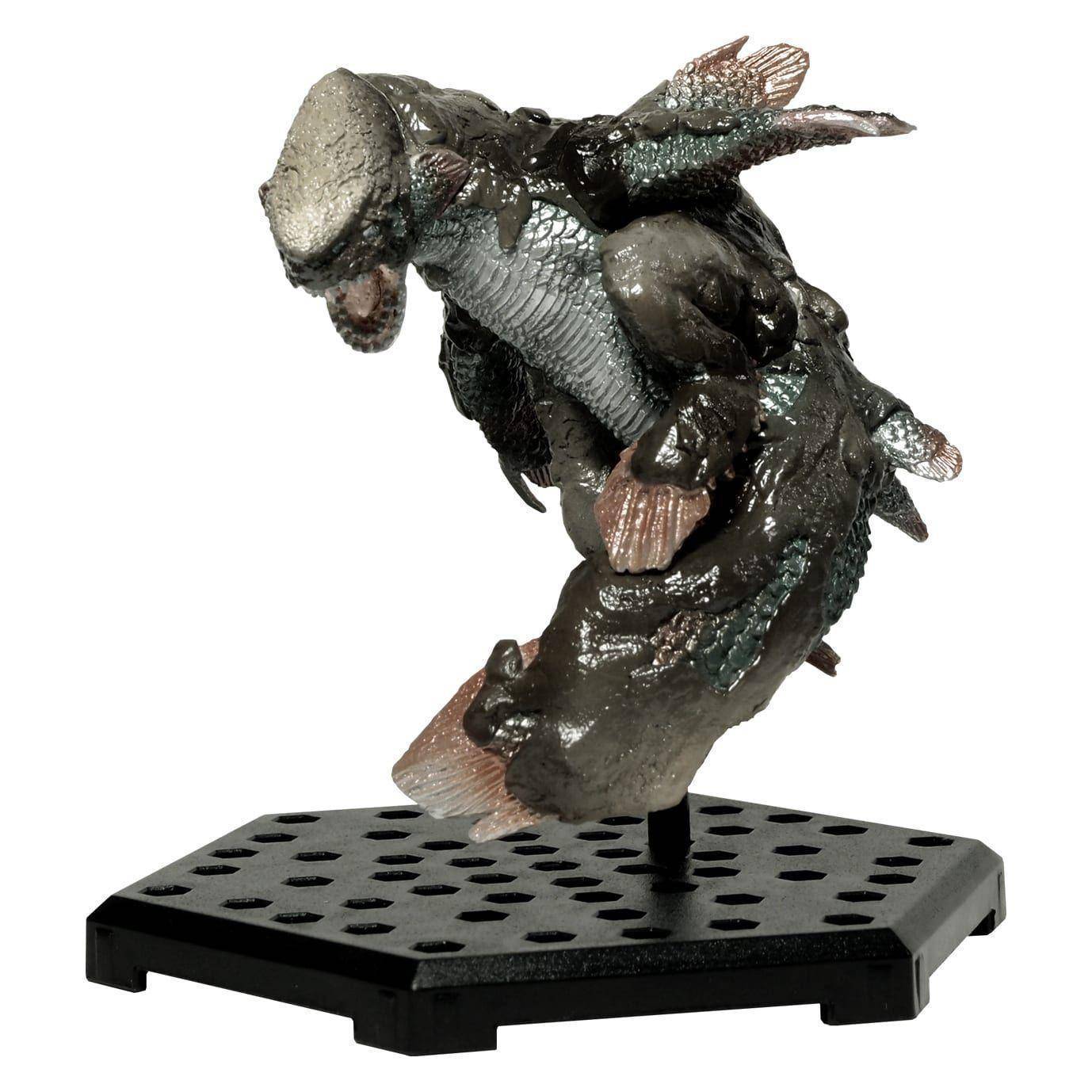 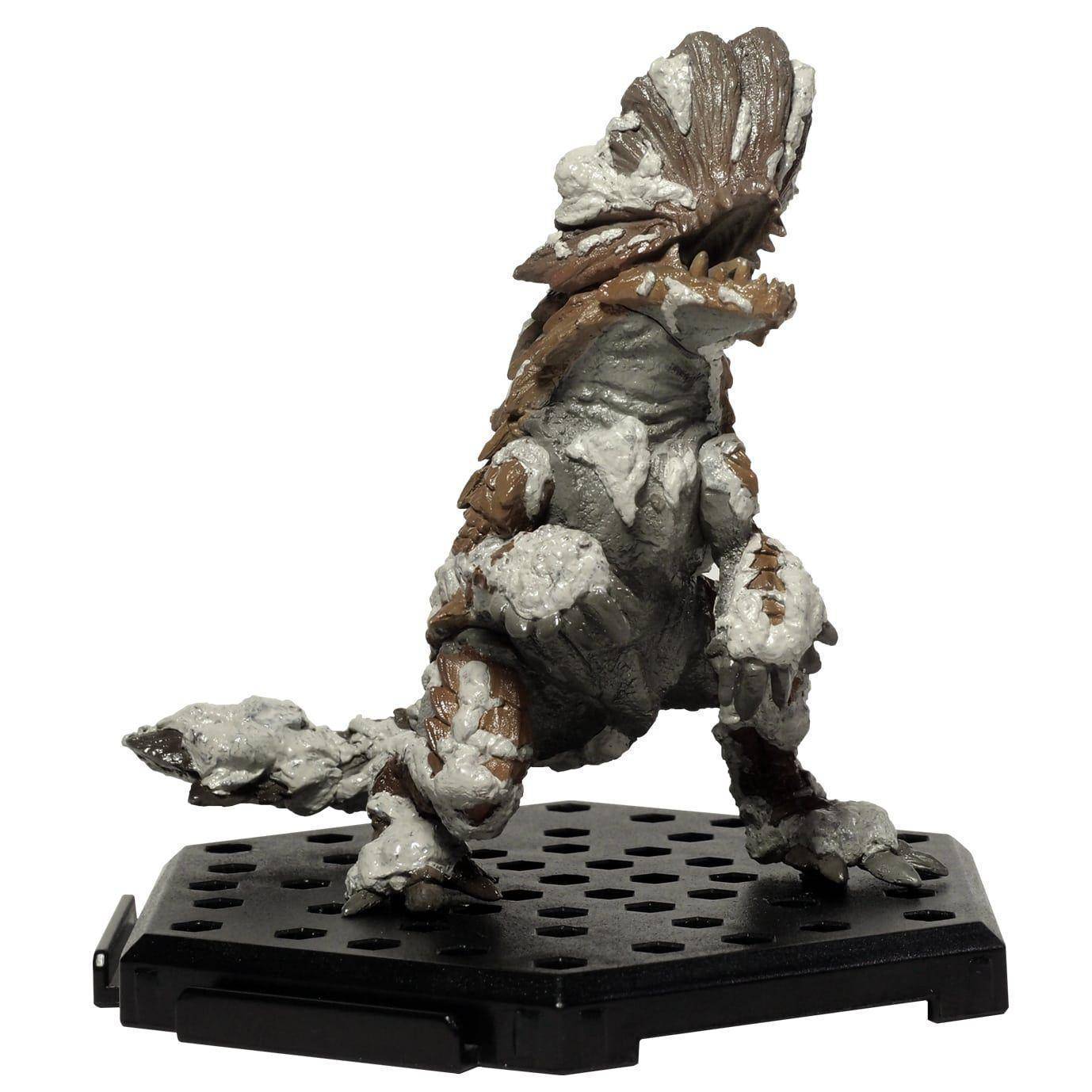 The statues are highly detailed with the colors and designs pulled directly from the game. You will find the figures showing off their specific traits. Like Glavenus and his bladed tail, or Barroth raising his massive head to charge hunters. 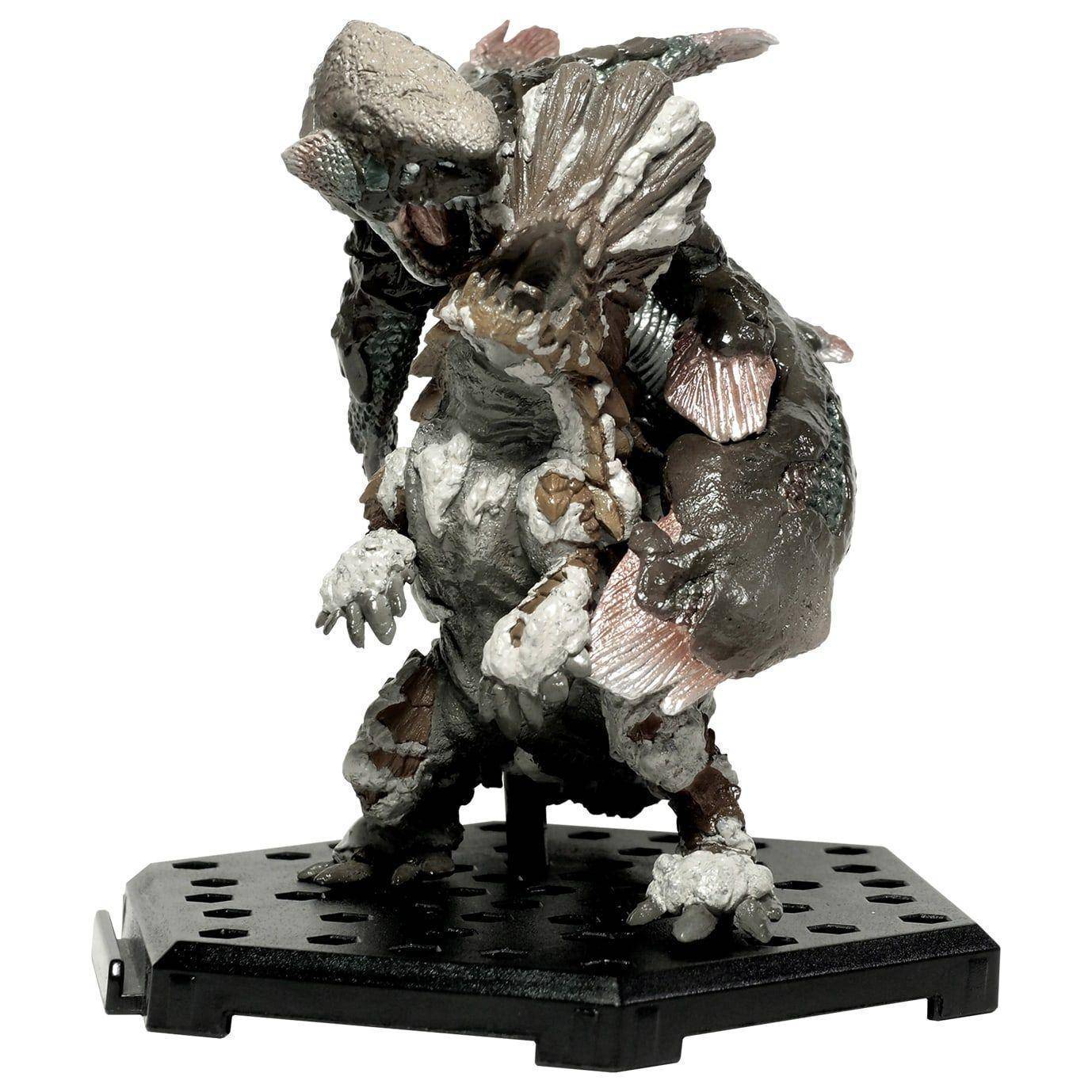 BTW, so many people are asking us is the story base on the novel?
I am not talking about the Monster Hunter audiobook or Monster Hunter guardian audiobook.
This is a famous origin story of the video game from Japanese game company Capcom.